It’s my understanding that in Victoria 2, the five-year-old grand strategy game from Paradox, Brazil is in a pretty good position to do quite well. I’m a veteran of several Crusader Kings, Europa Universalis, and a couple of Hearts of Iron games, but new to Vicky 2 and I think things turned out pretty well. 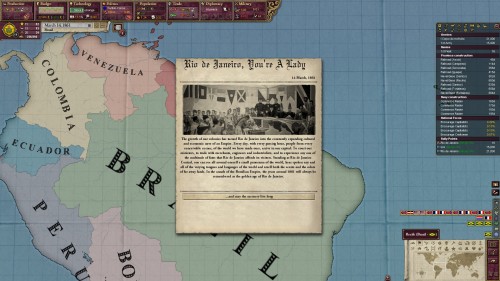 One of my first goals was to liberalize Brazil enough to become an immigration magnet. The first 50 years or so were rough going in this regard, as all three initial political parties available (Reactionary, Conservative, and Liberal) weren’t big on granting legal rights to immigrants.  Once the Partido Paulista came in, I was set.  The Paulistas favored full citizenship rights, were pro-military, and allowed “state capitalism.” State capitalism is a great position to be in for this game, as you can interfere with the economy whenever your computer-controlled capitalists are making dumb choices like putting liquor distilleries in the wrong places or doubling down on fertilizer when it’s losing money.  With full citizenship on the table and lots of trouble in Europe and China, the immigrants started pouring in and Brazil’s population flourished. 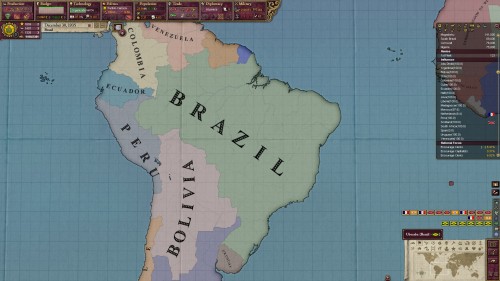 Military expansion in South America was limited to Brazil’s core provinces. This meant giving Bolivia, Colombia, and Paraguay (not shown here, as it was later gobbled up) a bit of a haircut. Colonial expansion was the goal here, not strife with our Spanish-speaking cousins. 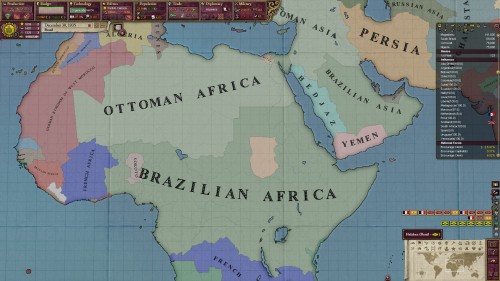 Speaking of colonial expansion, Brazil waged three separate wars for colonial concessions from Sokoto and Egypt to get a toehold on the Dark Continent. This provided access to Darfur and the Hausaland early on. Portugal was able to colonize inland from its initial holdings.  In 1870 the race was on, with Brazil being first to unlock Colonial Negotiations (an in-game euphemism for diplomacy by machinegun). After spending decades building up naval facilities along the Brazilian coast, my patience and foresight were rewarded with rich territories in Nigeria, the Congo, Somalia, Kenya, Togo, et cetera. 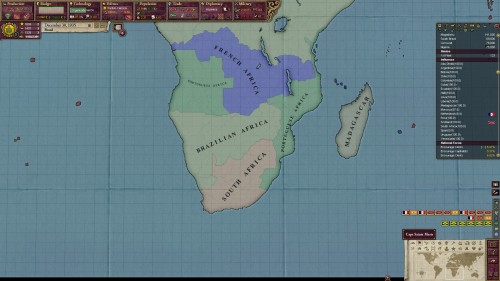 The other colonial nations were slow to pick up the Southern end of Africa, so Brazil mopped up with a few late expeditions. France cut us off from linking with our Northern colonies, something that would cause headaches in the Great Wars. 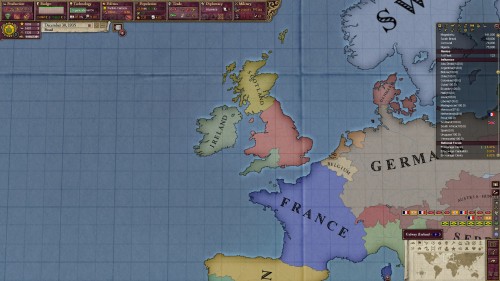 Speaking of Great Wars, colonization, industrialization, immigration, and a bit of military enthusiasm put Brazil into a tenuous Great Power status. Through moderately-shrewd diplomatic action and the judicious use of influence, Brazil was able to force the United Kingdom to give up much of her initial holdings.  Here we see a late 1935 British Isles with an independent Ireland (sphered by Germany), an independent Scotland (sphered by Brazil), and Brazilian-held Cornwall. That’s right, they’re speaking Portugese in Bath. 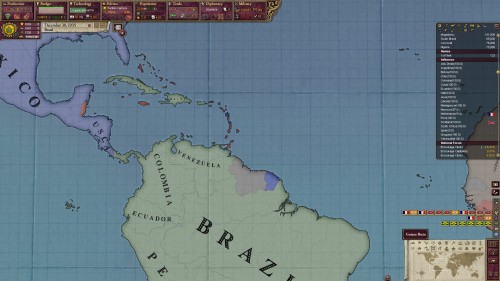 For spheres of influence, Brazil did nicely. Several fascist and communist revolutions aside, Brazil ended up with 17 subsidiary states, including the bulk of sub-Saharan Africa (a revolution kicked Portugal and the Netherlands out of our sphere late in the campaign, otherwise it would be green here). We were able to grab Cuba and Haiti away from the United States, and aside from lands held by Britain and France, the entirety of South America lay under Brazil’s protective umbrella. 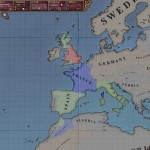 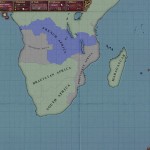 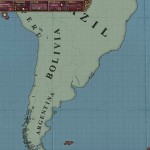 A little look at the end-of-game summary: 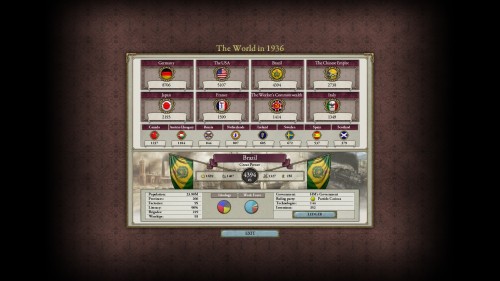 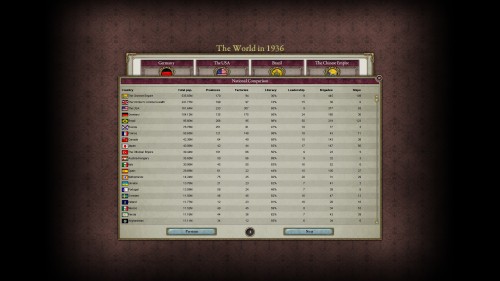 We were able to enact all of the political reforms, abolishing slavery, introducing universal suffrage (including for women). We were able to enact most of the social reforms, with a 98% literacy rate, won several Nobel Prizes, hosted the Olympics four times, and sent the first successful expeditions to both the North and South Poles. We defeated Britain, France, Russia, Italy, and the Ottomans in multiple wars, and formed a mighty three-way alliance along with Germany and China that was so potent that France spat out Algeria diplomatically rather than risk open conflict.

My only regret is that there was no battle between North and South America for dominance of our hemisphere. The USA and Brazil were allied early on, but they proved worthless in intercontinental struggles, reluctant as they are to send soldiers abroad. They had a tremendous early edge on immigration flow, swiftly outpacing Brazil in population and industry.