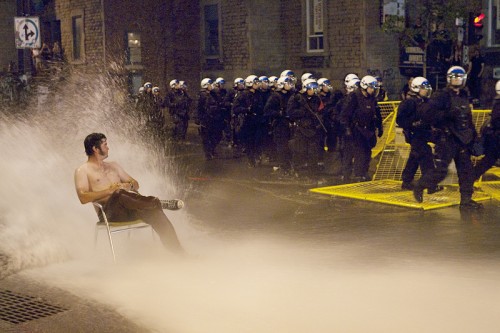 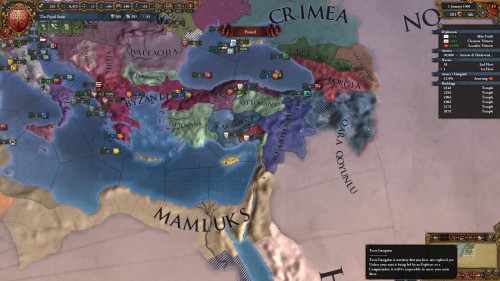 In January of 1500, Pope Alexander VI has recently subjugated Candar and Ramazan, two Turkish territories bordering the Black Sea and the Mediterranean respectively. The Papal State’s holdings had expanded to include much of Tuscany, Romagnan lands up to an including Ferrara, and Northern Napoli.  The great bulk of this and previous Popes’ military and diplomatic efforts had been exerted primarily towards limiting and later eliminating the Ottoman juggernaut in the near East, establishing local vassals to peacefully administer the Orthodox Christians and Sunni Muslims native to those lands.  The Mamluks are a serious regional power, Wallachia is poised to pounce on Ottoman Bulgaria. Serbia is losing a war that will force them to spit out Ragusa, a thorn in their side that will become a serious problem in due time. 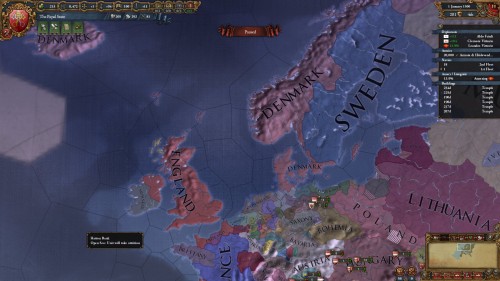 Looking North, we see that Denmark has incorporated Norway into its realm and annexed Riga. England has Scotland on the ropes, and has split the island of Ireland with Munster. Oldenburg and Nassau has acquitted themselves well, taking over Frisia and Münster. The Teutonic Order is in a pretty sorry state and not likely to maintain independence after its current war with Poland. The middle of the Holy Roman Empire is, as usual, an unqualified mess. 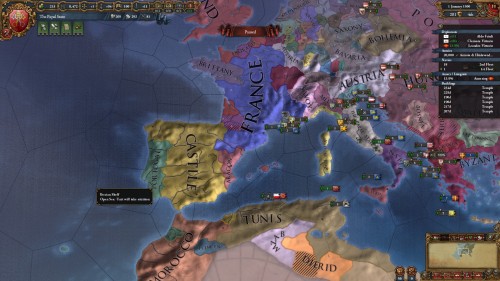 In Western Europe we see a familiar division between Portugal and Castile, with France having taken Catalonia from Aragon, and England maintaining multiple toeholds in the continent. Their war with France isn’t looking good at the moment, but the English lion will remain in Acquitaine and Normandy for some time to come. Austria has expanded its holdings from Sundgau up toward the Low Countries. What could possibly go wrong there? Brittany is not only still independent, but has taken Anjou and Maine from Provence. 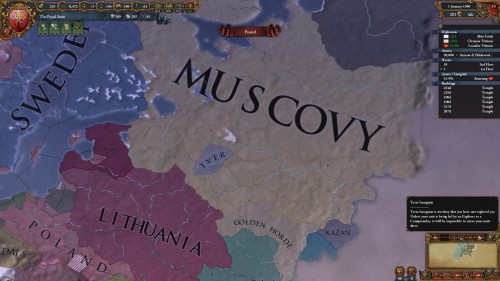 To the Eastern extent of Alexander’s knowledge, Muscovy has run Novgorod into the ground and should be forming Russia in short order. Poland and Lithuania have been in a personal union for a while now, and will soon integrate into the Commonwealth, a proper superpower with the greatest manpower resources in the world, eclipsing even Ming China. 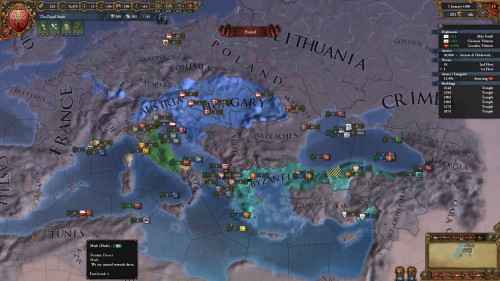 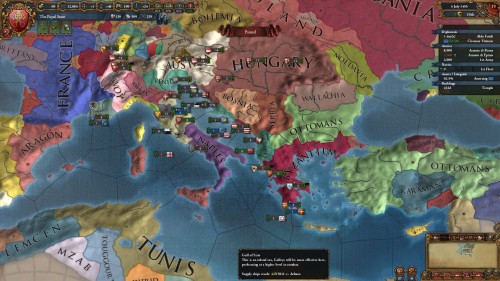 We pick up our story in the year of our Lord 1455. Pope Pius II has been elected by the college of cardinals and assumed the mantle of the Holy See.  He would oversee a period of interior development, as well as the entrance of the Papal States into the Holy Roman Empire. Under his guidance the Vatican Library was founded, Urbino was integrated, and Ferrara was liberated from the petty moneychangers in Venice. 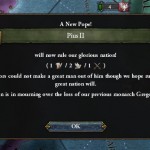 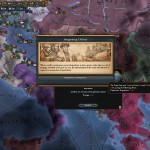 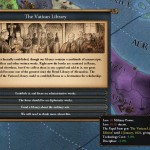 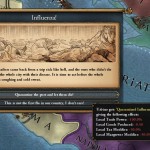 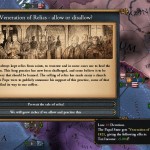 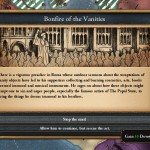 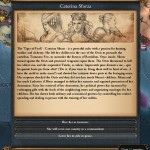 Pope Pius went on to his eternal reward on October 9, 1465 after ten years of enlightened rules. Callistus III was elected shortly thereafter. During his reign, territories were gained from Naples, Constantinople was recovered from Aragon, and the Ottomans were pushed from the Bosphorus for good. So weak had the Sultan’s grip become that its Eastern Beys, Wallachia, and even tiny Albania were able to wage offensive wars against him. Strong diplomatic relations with Austria, France, and Hungary as well as the protective hand of the Holy Spirit stood the Papacy in good stead for years, until the delicate balance was disrupted. In August 1487, France would embark upon a protracted and bloody trade dispute against Aragon.  Entering the war would mean breaking a long-standing alliance with Hungary and exposing his temporal realm to a three-front war in Northern and Southern Italy as well as in Greece. With manpower already perilously low and unwilling to unleash the depravity of mercenary forces against fellow Christians, Callistus declined to engage. This rattled the King of France’s confidence in the Holy Father, a grudge that would continue for over a hundred years. The Bishop of Rome’s territory had grown great, but his armies were weary and surrounded by jealous princes sharpening their swords. 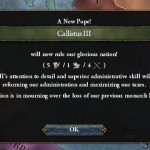 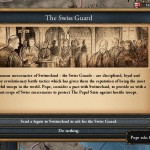 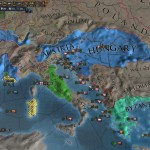 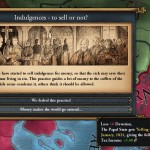 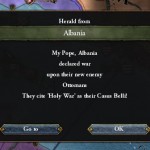 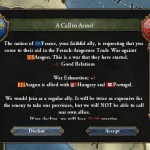 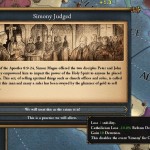 On April 2, 1488, Pope Callistus passed on his sacred duties to Pope Pius III, an accomplished diplomat, able administrator, and skilled soldier. He would immediately set about mending relations with nearby Milan, Savoy, and even Qara Qoyunlu in hopes of eventually staging a crusade to break the infidel Mamluk stranglehold on the Holy Land. It was in 1490 that the Holy See first weighed in on the question of slavery in the New World. This was an issue that would come up repeatedly in the years to come, a frequent point of contention between future Popes and the emerging colonial powers. The ambitions and plans of Callistus amounted to little more than a brief period of war recovery, as he returned to his creator’s arms after a brief four years. 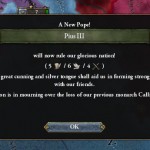 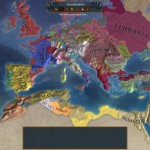 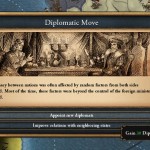 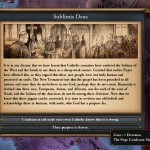 In April of 1492 Alexander VI assumed the triregnum, a sharp military mind well-suited to his time but sadly not quite so blessed as his predecessor in other matters. His tenure would carry us into the 16th century, and he is best remembered for beginning the process of integrating Byzantium in 1497 and for subjugating the Ottoman Beys of Candar and Ramazan as Muslim vassals. Our next installment will look at the known world as Alexander VI knew it in AD 1500. 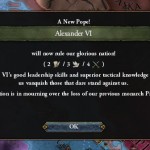 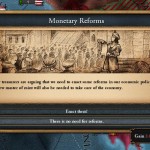 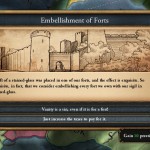 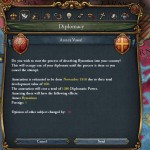 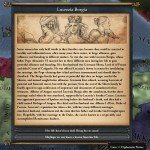