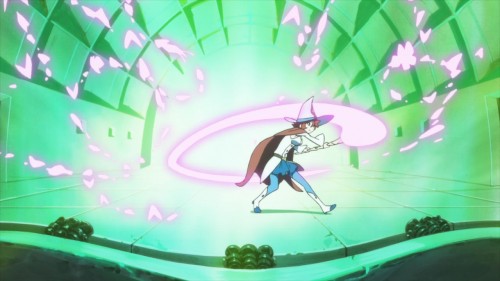 Well that was just adorable. Little Witch Academia is a short one-shot anime about a little girl that wants to follow in the footsteps of a performing witch. She gets herself into a prestigious academy for witches, where she she struggles to keep up academically. On top of her problems in class, she learns that the rest of witch culture has a very low opinion of her childhood idol. When a classmate accidentally unleashes a terrible menace from underneath the school, she gets a chance to prove herself and maybe redeem her hero a bit in the process. Good stuff.