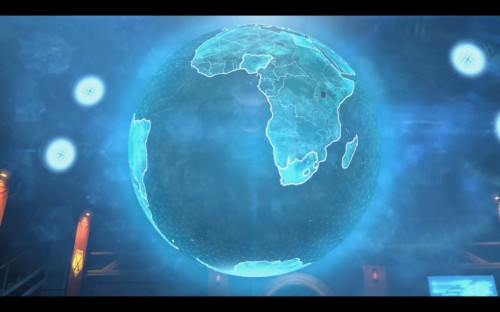 Looking forward to the unlocking my preload of XCOM: Enemy Unknown this evening, my thoughts keep wandering to what exactly I intend for my approach to be early on. With a limited number of troopers available for each ground mission, one temptation will be to expand the number I can deploy by upgrading my base to allow for five- or six-man squads.  Depending on the other options available at the moment, compared to my budget, that will be a strong temptation indeed.

Developing some basic body armor and support capabilities in the form of decent medical kits will be another early priority, presuming that I find my troopers’ weapons to be sufficiently deadly. In the original X-Com the conventional armaments were laughable, so I’ll be sorely temped to research and manufacture laser weapons. I’m leaning toward the defensive, though, as a shoddy weapon in the hands of a veteran is preferable to an excellent weapon held by a panic-prone rookie. I hope.

As for those rookies, as soon as I’ve got a squad worth of veterans, there will be a rotation of fresh meat on every mission I can swing it for.  I know at some point a valuable, experienced lynchpin of my tactics is going to get himself poisoned or burned or blasted all to hell, and end up spending quality time in the hospital or pushing up daisies.  Just having one good sniper or heavy or support guy isn’t a good option; it’s a recipe for long-term disaster. So somebody’s going to have to ride the bench every mission.  Sometimes getting laid up with an injury will make this decision easy, but other times it’ll be painful. As rookies get promoted and find their role, their place in the rotation will shift.

Once I’ve got a stable of modestly-experienced troopers available, I figure I’ll go half-and-half with hard-bitten veterans and the lower ranks. Nobody is really expendable, but I’d much rather take the hard-nosed position of sending a corporal in first instead of  a major or colonel.

When I have enough experienced troopers to fill out two full squads, it is time to expand squad size. The 1994 X-Com saw enough Normandy Beach effect, with rookies dying in droves as they exited their Skyranger. No need to repeat that more than absolutely necessary.

Squad composition will go balanced for a while, with a Sniper, Support, Assault, and Heavy Weapons specialist in the mix whenever I have them available, swapping out the Assault and Heavy Weapons troopers for rookies more often than not. I expect a lot of Assault specialist casualties early on. For early play I hope that a barely-competent Heavy Weapons guy will get his job done more often than not; he’s for clearing out walls, right? I hope to get a Support specialist early on and keep him on a road of continuous improvement. This role strikes me as particularly conducive to my cautious-advance style of play from the old days.

In a couple days, with any luck, it’ll turn out this is a good approach. Unfortunately luck seems to swing both ways in the X-Com world.